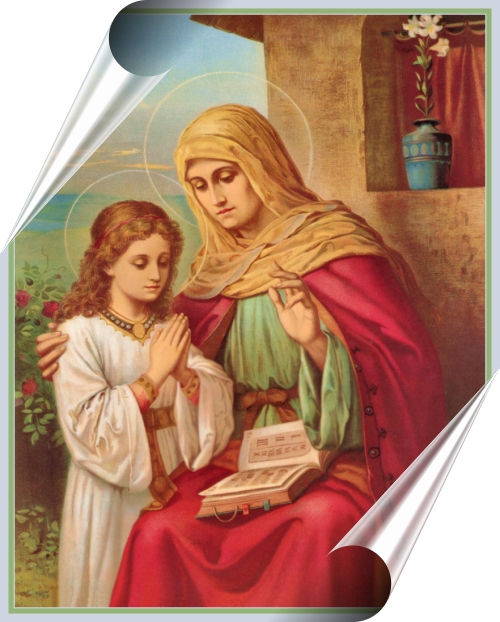 Recently talking with an Evangelical friend, I could sense her longing for the faith and wisdom of her grandmother. Over the years, I’ve often heard from many Christians, practicing or not, a similar story of their pious Catholic grandmother who was so faithful in mass and prayers. Typically, their parent may have been baptized Catholic but never practiced, and they themselves know nothing of the faith other than myths and superstitions passed around. Perhaps the only time they went to church growing up was the once in a while Grandma took them to mass. Sometimes they are clearly in a dilemma as they intellectually reject the Rosary while unable to deter some deeper attraction and longing for the faith it produced in their beloved Grammy. As they push through life’s struggles, the strength of this Catholic grandmother stands out in their mind all-the-more. I think also, as they deal with their own weaknesses, poor choices, and self-acceptance, they recall their Grandmother’s love for them in spite of any disappointment in their behavior.

All of this also reflects what little we know of the greatest grandmother, Jesus’ own St. Anne. For each of the joys and sorrows of Mary, you can imagine St. Anne’s experiences too. But also consider raising a Holy girl like Mary, Anne’s reaction to the Annunciation, and caring for her grandbaby Jesus. The Novena to St. Anne ends today but if you missed it, you can start one today!  . Tuesdays have historically been dedicated to St. Anne and so it is a particularly good day to ask for her intercession. And to make this a family event, share the story of the finding of her relics by Charlemagne as well as her life story. Like any of our saints, Anne was a real person who now enjoys being in the presence of God in Heaven (Beatific Vision) and whom God has given to us to mentor, guide and protect. But of all the saints, she (and Mary) were likely the only ones to have cleaned Jesus’ nappy, and there’s got to be something special in that 😊

“The saints always have that perennial quality, don’t they? Even though they are from this very distant time, in a very alien culture in many ways, holiness is this universal language.” (Fr. Robert Barron)