Becoming living members of the Church 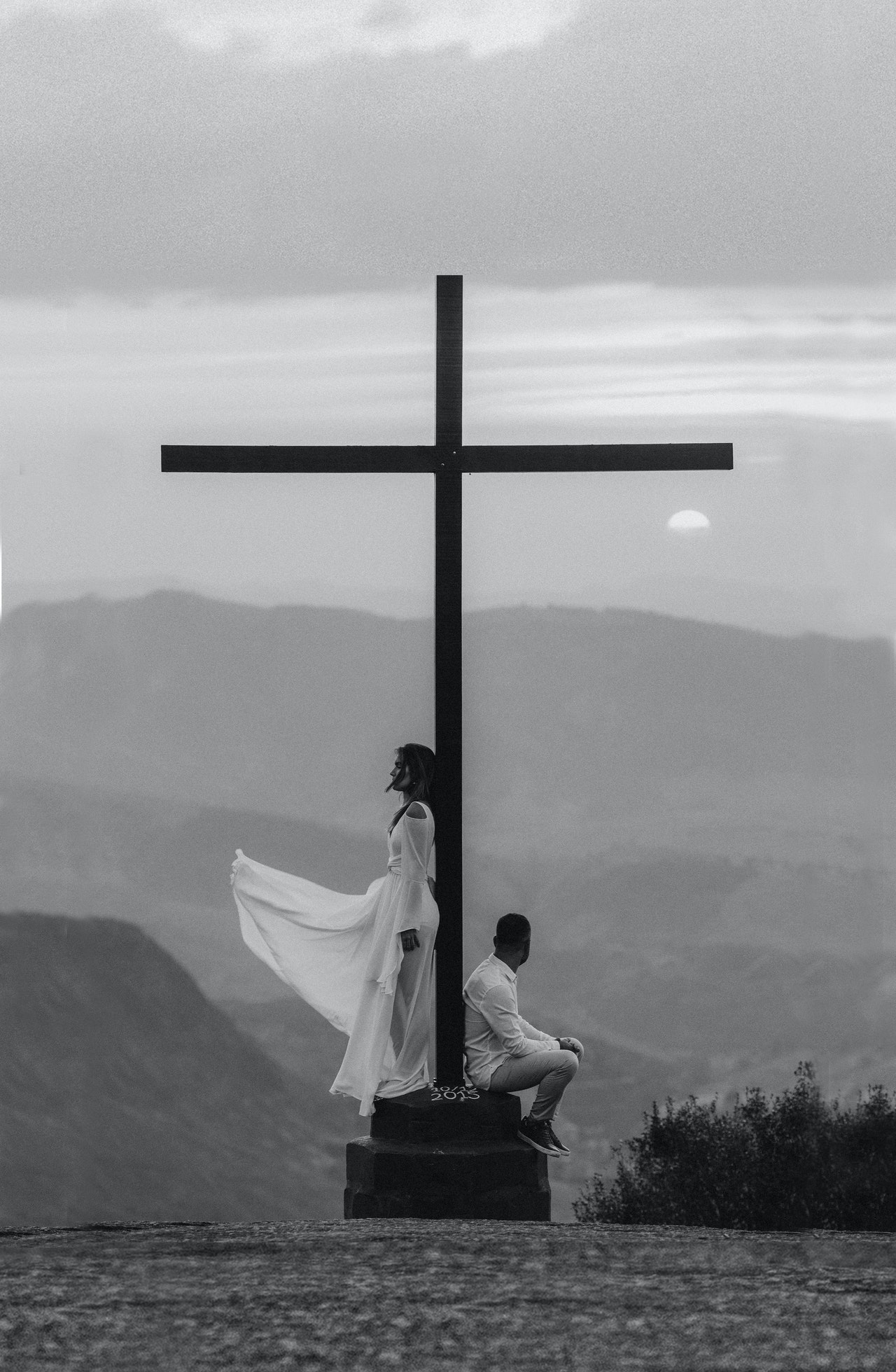 “Be careful not to deceive yourself, because one can be very devout and, at the same time, very wicked.”

Once in a while there will be a day in which a few things ‘cross my radar’ that seem to be connected. I began Sunday morning reading from the  Msgr. Fenton’s book, ‘The Church of Christ’.[1] Msgr. Fenton (RIP) is considered a pre-eminent theologian yet his writing is accessible. In chapter IV, he provides proper definition of the saying that the Holy Spirit is the soul of the church by examining Pope encyclicals and the De Ecclesia Militante (The Church Militant) written by the great 16th century Jesuit St. Robert Bellarmine. In recent centuries, teachers of the faith misused Bellarmine’s writings to claim that two types of ‘societies’ exist as Church. One is the physical, visible church. The other (they claimed) is the invisible society, distinct from the Catholic church, of “good men and women” (not necessarily baptized) “bound together by ties of faith and charity”. By doing so, they claim that all people of good will are members of the Holy Spirit; in other words, all paths lead to Heaven.

It is Msgr. Fenton’s explanation of De Ecclesia Militante that speaks to the manner in which we live our day today. Bellarmine taught quite clearly that being members of the Church manifests in visible and invisible ways. Externally, we share the profession of faith and receive sacraments. Invisibly, the Holy Spirit is active in us through the virtues and gifts of the Spirit that are infused into the soul at baptism. These lie dormant unless and until we first act in virtuous ways. Then grace builds upon nature, healing and perfecting us as well as our acts.

“The knowledge and the love of God resultant from the indwelling of the Holy Ghost and expressed in the acts of the theological virtues are social rather than merely individual. They tend to unite men within the Catholic Church, and together the acts of the supernatural virtues constitute the basic operation of that Church.” (Msgr. Fenton)

While the gifts imparted in us perfect us, that action within us as well as our external actions are what bind us together as one in communion through Christ. When we look at the divisions in the Church today, it parallels and correlates to fewer and fewer people endeavoring to truly live virtues.

Now, to be a member of the church does not require the virtuous life. One merely need to go through the external motions. However, the members who live with virtue “are most perfectly of the Church, for they are like living members in a body”. From this comes two types of Catholics: the wicked and the living. The wicked “are like hairs or fingernails or diseased fluids in the human body”. The irony is that they believe they are saved from hell by meeting all their Church obligations. But faith without charity doesn’t get one into Heaven. And without charity, the soul is not disposed to receive the grace of the sacraments.

There are a significant number of Catholics who profess a true faith, follow the five precepts of the Church, and reject intrinsically evil acts such as abortion, euthanasia, homosexuality, etc. Yet many of these people are brutal in their relationships. The lack of charity manifests in verbal and physical abuse, rage, control and manipulation, and denigration of another person’s character and worthiness. This leads to the second book that crossed my ‘radar’ this morning: Fr. Brian Mullady’s ‘The Decalogue Decoded’[2]. Fr. Mullady is a pre-eminent Dominican theologian who has often taught on EWTN.

For the 10 commandments, Fr. Mullady explains the common behaviors associated with each. Do you think that commandment 5, You Shall Not Kill, pertains only to murder? Our words murder too.

“Anger can lead to a state of soul in which we become callous to the rights and dignity of others”…”The commandment therefore also forbids encouraging ourselves to be so wrapped up in seeking affirmation of our own good that our emotions cloud our judgement as to what is good for another”…”The beginning of unjust killing is disordered anger, and the beginning of this anger is very often a disordered self-love.” (Fr. Mullady)

In the instance that the other person has, indeed, harmed or wronged us, the disordered anger is an outcome of lack of forgiveness. With the exclusion of brain injuries, almost all disordered anger is a manifestation of deep interior woundedness from childhood. This also manifests in marriages in which each spouse begins to use the other as an instrument to their gain and as an object of sex. As Fr. Mullady terms, “treating one another as a means to an end”. Thus, the 6th commandment pertains not only to sex outside of marriage but also to relationship within the marriage:

“It affirms the necessity of marriage as a genuine communion of persons who share in the creative life of God. Each must be treated as a human person, respecting each other’s rights and performing his own duties. Neither one can extort the gift of self—in sexuality or in other aspects of shared life—for his or her own gratification.” (Fr. Mullady)

Fr. Mullady also shares St. John Paul II’s explanation that “it was possible for a husband to commit adultery with his wife…adultery is a sin of the manipulative heart”.

“Just because a couple is married, it doesn’t mean that anything goes. You do not sign away your dignity when you marry; rather, you are affirming that you will respect your spouse’s dignity all the more. Procreation, therefore, goes together with the interpersonal dimension of marriage, the respect and freedom the spouses share and cultivate in each other.” (Fr. Mullady)

Yes, treating your spouse like an object to be possessed and controlled is a sin against the 6th commandment. 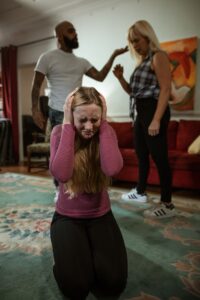 This, then, plays out in the spiritual, psychological, and physical health of the family and brings us to the 4th commandment, Honor Thy Father and Mother. The virtue of piety is one in which we give God His due honor and reverence.  We do so also by giving honor and respect to those whom God has placed in our life. “Rather than being directed towards God, it [piety] is directed towards other persons and communities who act in His place in our lives”, including our entire extended family and friends. “Further, since this commandment is a response in gratitude to favors received, it includes an obligation to perform deeds of kindness and mercy”…”We owe piety to anyone who has given us those deeply human gifts that we are unable to repay in their fullness—affection, friendship, loving service.”

When parents treat each other as objects, they also treat their children as such. This can range from treating them like slaves on one extreme and possessiveness on the other as well as relying upon them as a surrogate spouse to meet emotional needs not met by one’s real spouse. Accordingly, the children treat the parents, siblings, and peers similarly. Parents are to be representatives of God to their children. Unfortunately, too many people have been wounded by authority figures in their childhood and have difficulty understanding God as the loving father who never objectifies, manipulates, controls or demeans His children. And while they can be obedient to God’s rules—the external, visible aspects of Church membership—being obedient to His Love is something altogether different.

This leads back to Msgr. Fenton and  St. Robert Bellarmine’s explanations of our growth as members in the Church, the body of Christ. We all choose to enter the Church with seeds of faith and practicing the five precepts (assisting in mass and holy days of obligation, confession at least once yearly, receiving the Eucharist during Easter season, fasting and abstaining when required, and providing for the needs of the Church). But this cannot be our end-goal, or we will fester into becoming wicked Catholics. We must try in small ways to learn virtue by practicing them. The Ignatian examen prayer is an integral part of this growth as is mental prayer. Through this, we become living members of the Church who, having overcome our fear of God now live closely in Him. Our prayer carries the remainder of the Church forward, giving each member—even the wicked—opportunity to also embrace the life of the Holy Spirit.

“Unless we recover the zeal and the spirit of the first century Christians – unless we are willing to do what they did and to pay the price that they paid, the future of our country, the days of America are numbered.” (Servant of God Fr. John Hardon SJ)

Images: Couple at foot of cross by Jonathan Borba; Family arguing by Rodnae Productions; both from Pexels