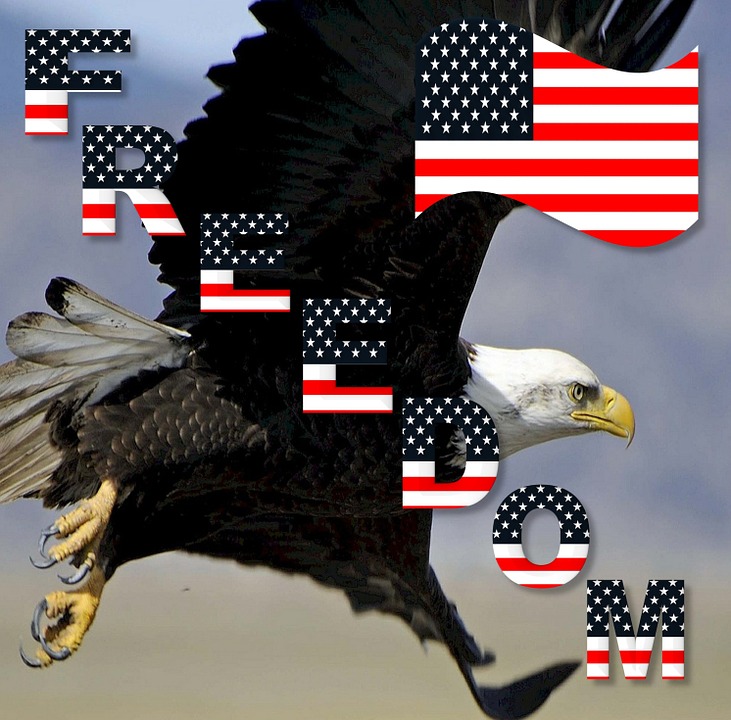 Our parish is blessed with former freedom fighters who were helped to escape communist Poland in part with the help of our Vietnamese community. The Vietnamese had been helped to escape communism by parishioners of other cultures too. And we still have remnants of Croatian families who had come over during WWII. After all these years, many speak broken English, yet all can communicate across cultural and language divides because Freedom is the language they share.

Will we be able to pay forward this gift, this gift of Freedom?

“Under socialism, the opposition cannot function if they are not allowed to spread their message on state-owned media, or use state-owned property for their rallies and meetings. It is no accident that virtually every communist regime suppressed opposition parties soon after coming to power.” (The Washington Post[i])

Meanwhile, during pandemic lock-down our Governor signed into law comprehensive sex education for children grades K-12 that is arguably the most pornographic and mind-controlling in the country. The approved curriculum is directly pornographic in its precision in explaining types and methods of sex to young children as well as encouraging sexual game playing. Under the umbrella of protecting the ‘sexual rights’ of children from birth onward, it is part of a larger plan that makes abortion for children an ‘accommodation’ and prohibits parents from having access to their child’s sexual health records. Possibly of greatest concern is that children beginning in kindergarten will be formed to be militant and outspoken against those who maintain ‘binary-gender’ (heterosexual) views (e.g. their parents and pastors). In other words, it intends to mold the minds of all children against Biblical truths of the beauty and human nature. Certainly, it will be a short step to legally prohibiting Christian teachings altogether.

A tactic of communist regimes is to enter society through its children, forming their pliant minds into servitude submission. An example would be the teen-aged prison guards of Cambodia’s famed S-21 horror camp http://www.killingfieldsmuseum.com/s21-victims.html . In Soviet countries, the re-education of school children and redesign of the family to be a ‘collective’ was an important part of the society’s redesign. From the onset, communism also promises relief from woes stemming out of the individual’s need for love and identity as seen in this official 1920 communication to the newly-communised Russia that promoted the ‘benefits’ of the new communist regime:

“our (the new communist government) job is to decide which aspects of our family system are outdated and to determine what relations, between the men and women of the working and peasant classes and which rights and duties would best harmonise with the conditions of life in the new workers’ Russia.” […] “Another fact that invites attention is that divorce has been made easier in Soviet Russia” […] “the workers’ state will come to replace the family, society will gradually take upon itself all the tasks that before the revolution fell to the individual parents…the obligations of parents to their children wither away gradually until finally society assumes the full responsibility. … the responsibility for the child is passing from the family to the collective.” (The Marxist Internet Archive[ii])

Reading how this collective society is ‘sold’ to the working-class Russians, we see it modeled in our state today.

Washington State is often termed a ‘welfare’ state and the “Freeattle” attitude of governance has caused the streets of Western Washington to become ‘home’ for drug-addicted transients of the country. (First Things[iii]). This is the promised prosperity.

For those living outside of Washington state, this may be coming to your town next. Special interest groups funnel money into Washington state to pioneer novel social designs which sets governance and legal precedent and establishes legislation that can then be copied into other states. Recall euthanasia, same-sex marriage, and legalized marijuana. This is not just the prerogative of Washington state.

“Although the communists promised a utopian society in which the working class would enjoy unprecedented prosperity, in reality they engendered massive poverty.” (The Washington Post)

This is how communism enters society. It is welcomed by people desiring to be cared for, wanting a complete “plug and play”-type answer for societal needs. Society is a collection of individuals with deep wounds and blinded by the demon of depravity from seeing the true path to healing. Suffering childhood trauma, a damaged self-identity, a contorted image of success and happiness, each person looks for truth from the very society feeding them lies and finds no answers.

Eventually, people prefer rules to morals, giving them some sense of order and a false sense of no longer having moral responsibilities.

Prior to the Covid-19 pandemic, the US suffered epidemic loneliness, depression, anxiety and suicide. We were arguably the worst-prepared for crisis of any previous generation in our history. When we help individuals to foster their relationship with our Triune God, a true relationship in which they take these hidden scars to Jesus to be brought up into His own five wounds, their healing will be the healing of our society. He is the only answer, and by duty we have obligation to make Him known to others.

“This kind cannot be driven out by anything but prayer and fasting.” (Mark 9:29)

As we prepare for post-pandemic life, do we go forward focused on regaining attachments to worldly things? Must we wait until we hit ‘rock bottom’ to ‘own’ our responsibilities and step up to the plate? The problem with hitting rock bottom is that typically one cannot pull themselves out of the chasm. They must be helped out. That isn’t possible in this type of abyss. We must pick ourselves up, change ourselves and take charge.

Yet adding more high-strung opinions to the current media storm only increases the volume of clamor (1COR 13:1; Rom 16:17). Division and polarization are the hallmark of satan not of God (Mark 3:24-26; 1COR 1:10; Jude 1:16-19; Prov 6:16-19). The first Christians were known for their true communal love, a love for which people then and now are starved. It is precisely this that attracts them to the false-promise of communism. When we follow the only commandment given to us by Jesus—to love others as He (first) loved us—we become this instrument of change. His instrument of change.

Living a devotional home life and parish life that are seamless, every other aspect of our life is brought up into that through the Holy Spirit. We are bringing God into the world by His presence in our life.

We begin the month of May, the month of Mary with more people knowing May 1 is “May Day”, a communist celebration, rather than knowing it is St. Joseph the Worker’s feast day. We end this month of Mary with Memorial Day weekend, a remembrance of military service members who have given their very lives for our freedom. Americans today seem unaware of why they are celebrating. We have lost societal knowledge of dignity, pride, and honor. St. Thomas Aquinas identified patriotism as a virtue of Justice; it is our Christian duty. Before this century, the phrase ‘God and country’ was on the tongue of most Americans. Will it ever be again? Can it ever be again?

We indeed can again be of one accord. America has always been a melting pot of cultures and peoples whose shared language is freedom because freedom is a language of the heart. It is a fruit of the relationship with our Triune God. It, then, necessitates our conversion to a fuller relationship with God. For well over 200 years, numerous men and women have given their lives to prevent the very situation we find ourselves in today. We must focus on God’s presence, not His absence, in our world, giving God the freedom to act in our heart. This is our Christian duty.

“It is our solemn duty as Catholics, therefore, to be conscious of our duty to America, and to preserve its freedom by preserving its faith in God. . . . But as we talk about patriotism, it might be well to remind ourselves that in a crisis like this even devotion to the stars and stripes is not enough to save us. We must look beyond them to other stars and stripes, namely the stars and stripes of Christ, by Whose stars we are illuminated and by whose stripes we are healed!” (Ven. Fulton Sheen)[iv]

Let us continue to pray for the worldwide Church, Ad Majorem Dei Gloriam. 😊

[i] Ilya Solmin (2017) The Volokh Conspiracy: Lessons from a century of communism. The Washington Post https://www.washingtonpost.com/news/volokh-conspiracy/wp/2017/11/07/lessons-from-a-century-of-communism/